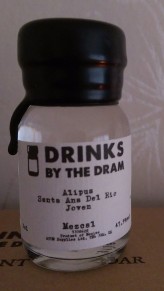 Another Joven today, this time from the Santa Ana Del Rio.

It doesn’t promise much on the nose, the tequila like agave notes, with a mild smokiness but also an off-putting musty cellar note, alongside phenolic TCP and alcohol fumes.

There’s a bit more going on in the flavour, fruity with a whack of iodine and smoke. Its quite light in body. Daisy says it reminds her of formaldehyde 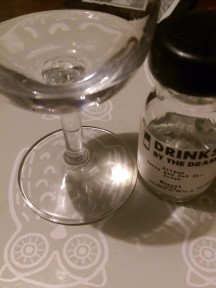 and preservatives like in a regional museum plus old leather furniture. Steve rather liked it, reminding him of a peated Islay whisky, but it was too medicinal for Daisy.

Verdict: Whilst its assertive character may make for a good cocktail ingredient, it may just be Steve drinking them…

Please join in with the discussion! Cancel reply